I rented a car. I flew in a plane four times. I went to the city. These are my thoughts.

Sprite tastes flat 30,000+ feet above the earth. I drank four small cups of this flattened goodness.

Chicago – so many lights!! Flying over was intense.

Flying through clouds at night is creepy.

Turbulence is legit scary. Though, it didn’t really scare me, when things got pretty rough, it was scary.

Flying over the clouds in the daytime is beautiful – like you’re flying above snow.

Flying over large bodies of water at night is kind of terrifying, especially when the plane began to turn its side towards the water.

Pilots are incredible human beings. I can’t stress this enough.

There were at least 200 baseball fields in Chicago – go Cubs.

Landing in Chicago was quite rough, furthering my thoughts on bad turbulence.

The Chicago Midway airport was nice and had a lot of Chicago sports items. But, no love for the Bears. Da Bears.

I initially thought walking on the moving walkway was pretentious but it’s actually glorious.

The Baltimore airport was a thing of beauty. I could probably live there if needed, à la The Terminal with Tom Hanks. What a great movie.

I’ve now visited four new states thanks to this trip. Maryland, Missouri, Kansas, and Illinois. Sure, two were just airport terminals (Maryland, Illinois), and one (Kansas) was just a Waffle House run. But it counts.

Not all airports are created equal. I’m looking at you, Kansas City International Airport.

I can’t believe I haven’t flown before now. I’m already looking at tickets for my next trip. I’m ready.

I found myself wishing I was on another flight somewhere else. Flying was an incredible experience. When I left on Friday I had never flown before. Now, I’ve flown four times.

Flying is the perfect time to read along with audio books. I almost finished Ahsoka by E.K. Johnston. Great book by the way. 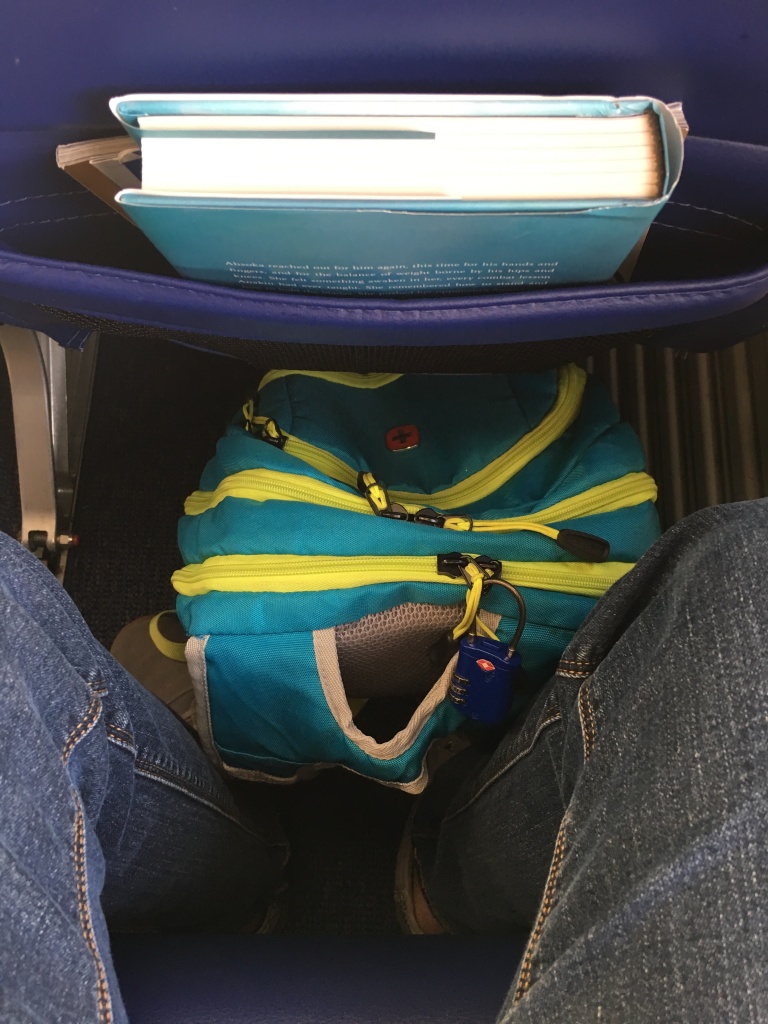 Renting a car is painless. But don’t let them trick you into buying “their gas”. That was a mistake.

Southwest Airlines is legit. I do have a few complaints, like having to make two connecting flights and taking longer times to get to places than other friends do flying other airlines. But it’s ok. I’ll return.

The pressure of being 30,000 + feet in the air is kind of ridiculous. I thought my nose was going to start bleeding on flight 1, but it didn’t. Just a bunch of other mess. After four flights it was easy to be used to it.

Pro tip: don’t say boom in an airport or on a plane. It’s just bad taste.

Airbucks is the Starbucks of the airports. 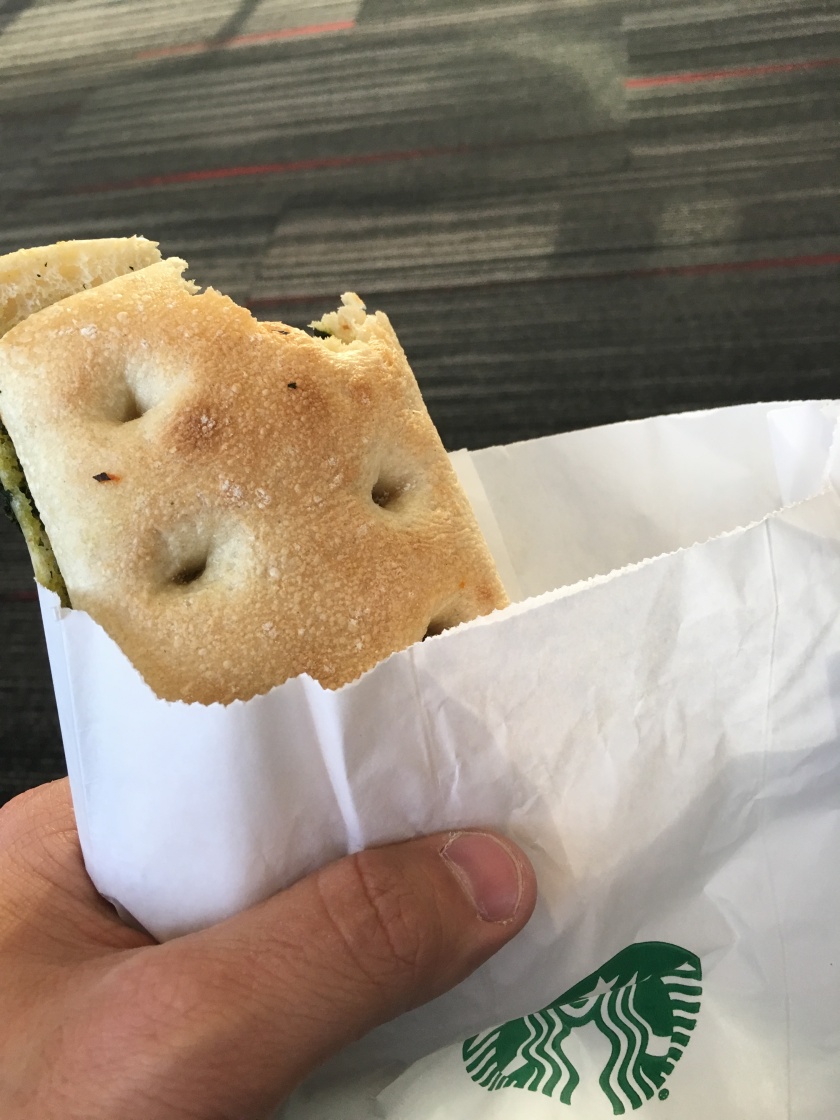 Next time I fly I need a rolling small bag. Carrying a full duffel is like carrying around a baby giraffe around my neck. “Right now I’m thinking about the people who invented words. Did they just look at stuff and say the first thing that came to their mind? And if so, how do you explain duffel bag?”

What on earth would cause a team of pilots to be late for a flight? I just might have found my source material for my book of short stories.

My pilot was late for my final flight to Charlotte. When suddenly, MY PILOT ARRIVED OUT OF NOWHERE WEARING A LARGE AMERICAN FLAG TIE. CAPTAIN AMERICA!!!

Looking down from 30,000 + feet in the sky is humbling. I’ve had so many opportunities that I know many will never get. I don’t take that for granted. 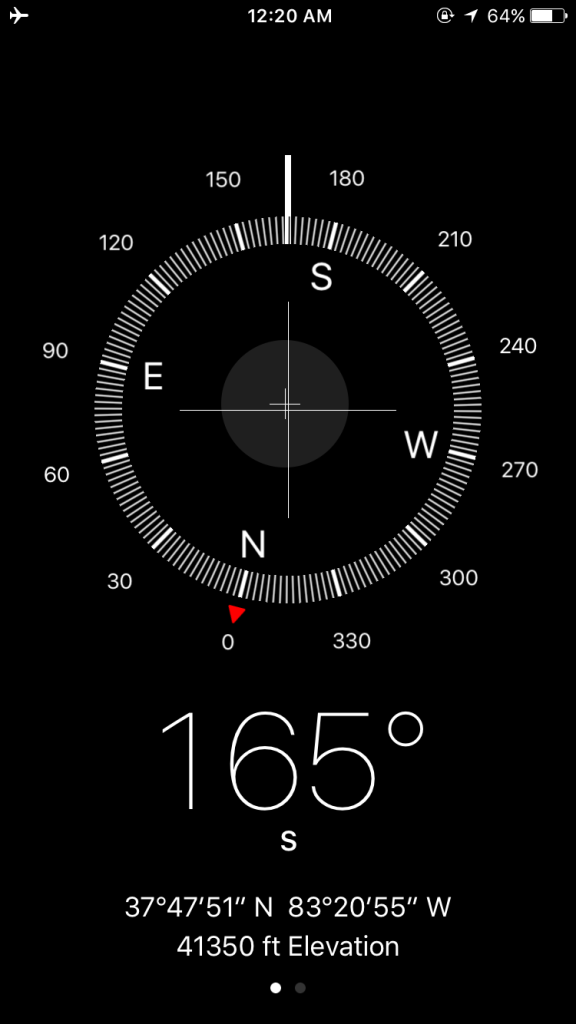 Even with 0 service and not being connected to the internet, Google Maps still worked (somewhat)!

Planes shine a light onto the ground below them. This is also nuts.

The earth lets off an awesome glow, but maybe it’s just because of all the lights on the ground.

All this flying totally reinforces my desire to travel to more cities and even countries.

All this travel in such a short time plus looking down from over 40,000 feet makes me realize more intently that this world is filed with people just like you and me.

Airplane coffee is not Airbucks. The more I drank the worse it got. It tasted like two parts cardboard, two parts liquid garbage. I trudged through. Due to upcoming turbulence the flight staff took my remaining coffee. Not sure whether to be happy or disappointed.

Side note: Panera’s everything bagel is now my favorite bagel.

Flying over clouds at night part two: much more majestic and incredible looking.

Honestly being able to see the world from about 7 miles up is humbling. Getting to see things like above the clouds makes me so much in awe of God.

There was a severe lack of the captain saying “cshhhh: this is your captain speaking. cshhhh”.

The actual experience was nothing like the movie Airplane.

Here’s a quick time-lapse video of my descent into the clouds.

It’s so hard to take pictures during the night. And now, here are more pictures of my flight. 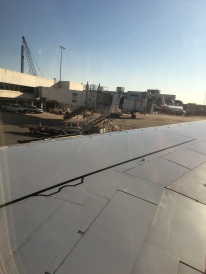 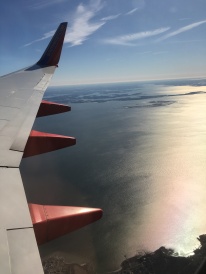 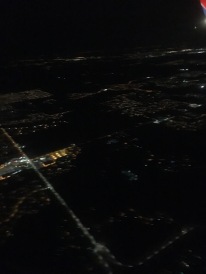 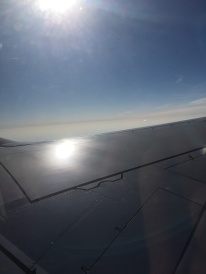 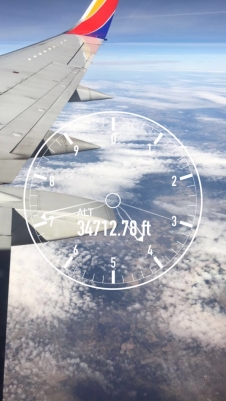 Snapchat works on the plane 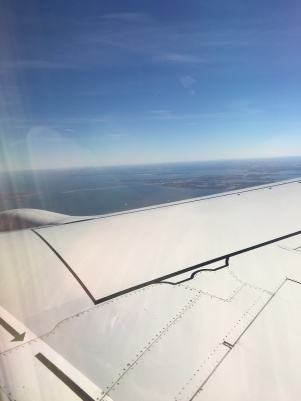 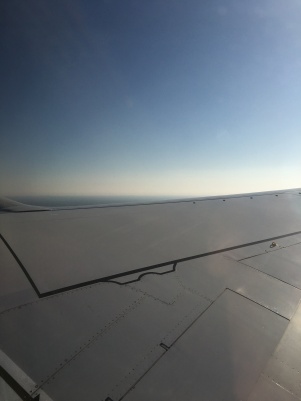 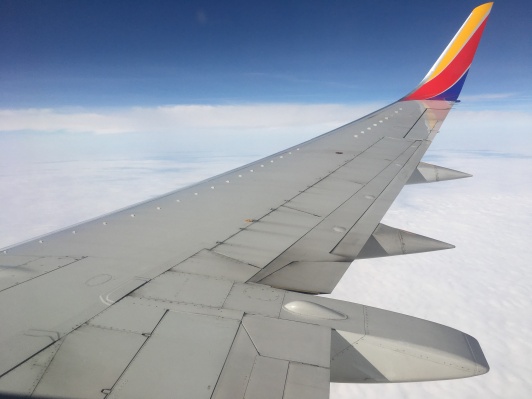 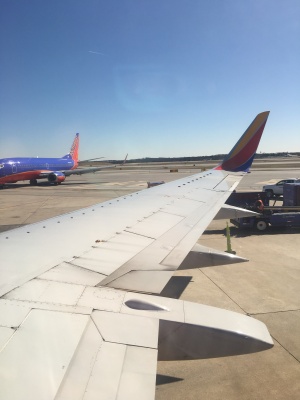 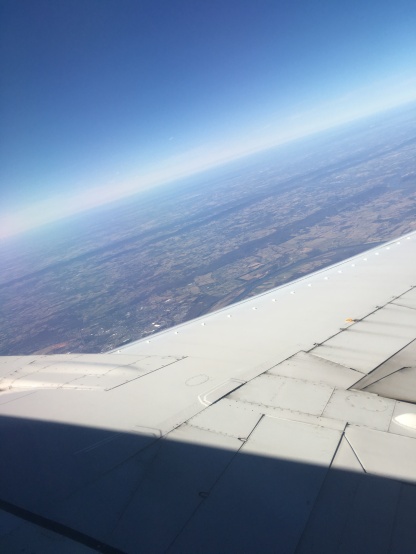 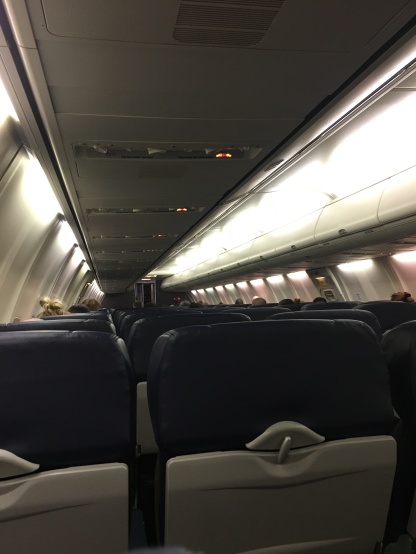 One of my two empty flights 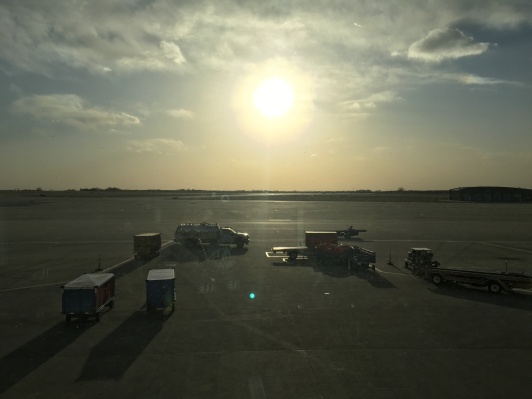 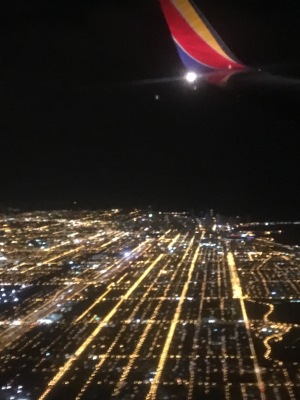 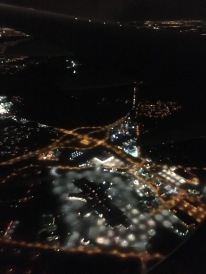 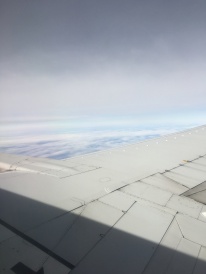 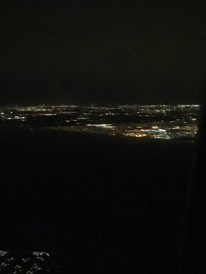 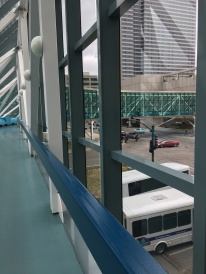 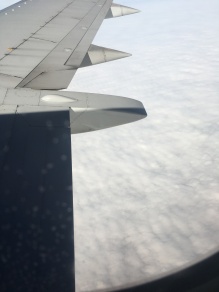 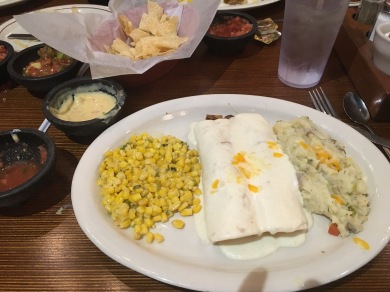 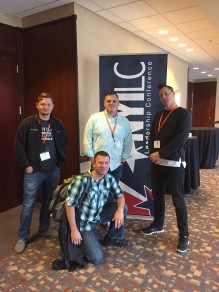 Great guys to do ministry with 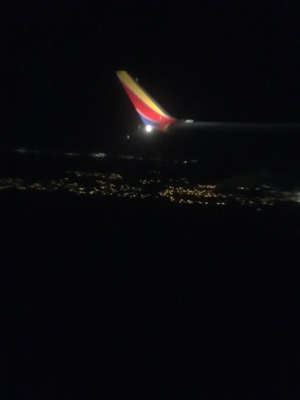 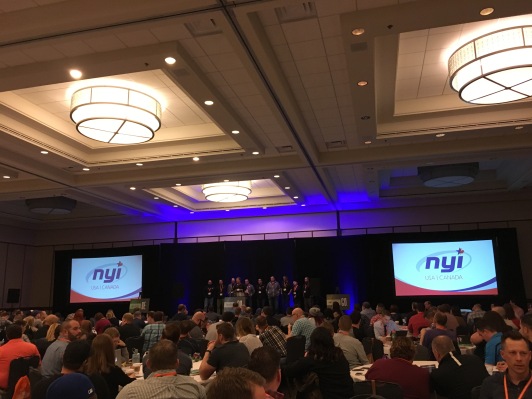 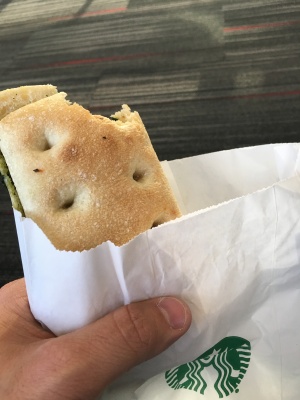 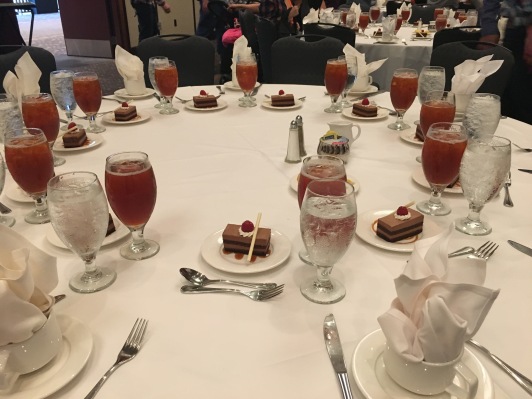 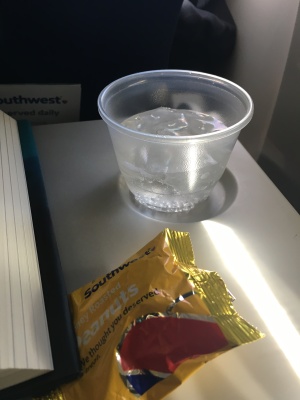 I was so afraid I’d spill this sprite 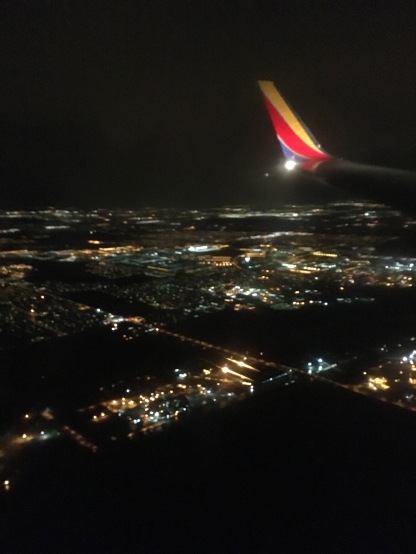 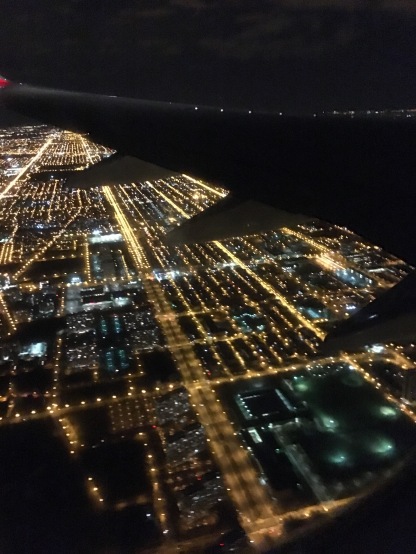 I'm Terry Bennett, a husband and a dog owner. I'm a songwriter and a pastor with a love for adventure. View all posts by tjoshbennett

This site uses Akismet to reduce spam. Learn how your comment data is processed.